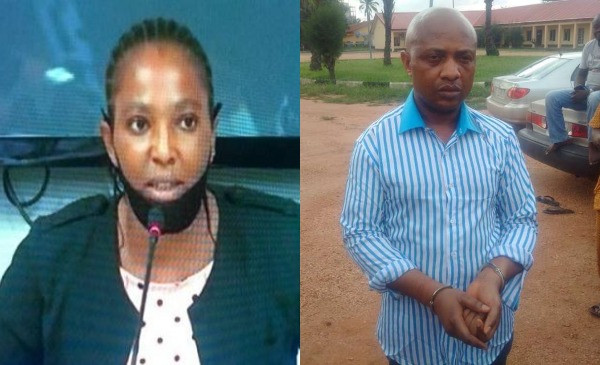 SARS was accused by Mrs. Nzube-Obi Obiechina, a teacher who said that she lost her two-month pregnancy in 2017 after allegedly being tortured and detained for 22 days .

Appearing before the Lagos State Judicial Panel of Enquiry and Restitution for Victims of SARS related abuses and other matters on October 31, the teacher who responded to a question by Inspector-General of Police Intelligence Response Team (IRT) counsel Mr. Nosa Uhumwamgho disclosed that she has neither seen nor been in touch with her brother in ages, before his arrest on June 10, 2017.

She also accused the police of unlawfully arresting, assaulting and detaining her and her husband without trial.

The Nation reported that Mrs. Obiechina and her husband Ogechukwu Obiechina are now seeking the enforcement of the N2million awarded them by the Federal High Court in Lagos against the police, following their ordeal.

Rochas Okorocha Reveals Why He Will Run For President In 2023