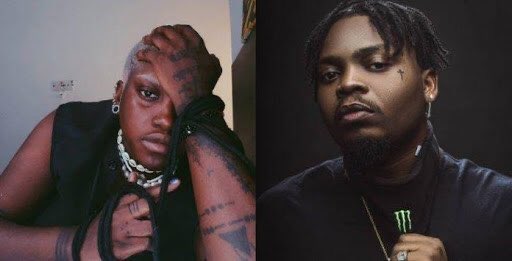 Temmie Ovwasa , YBNL princess who has been signed to the label for 5 years has accused Olamide of destroying her career . 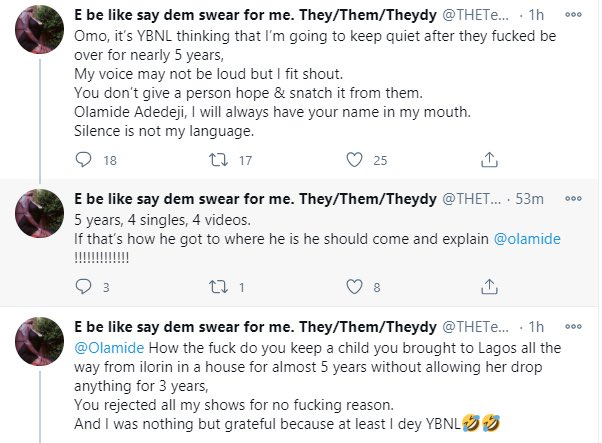 After she accused Olamide on Twitter , some Nigerians have also knocked her . Read their reactions below :

For everyone you are able to lift up, there will be people you couldn’t help and those that no matter what you do, can’t be helped. Olamide is peerless when it comes to nurturing new acts. To knock him for the failings of others is to be a failure yourself! – Omojuwa

The same Olamide that helped Fireboy, Adekunle Gold, Lil kesh and Bella Shmurda via YBNL is the same person someone’s dragging like this, lol.-@Vhic_tor

Not Olamide’s YBNL, Nobody would want to use all their energy on you if you can’t deliver

Just look at DMW now, apart from Peruzzi and Mayorkun who else is a big star there?- @Mhonice_